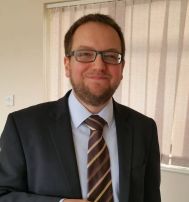 Ian read from Matthew chapter 21, focusing on verses 33-46., the Parable of the Tenants. In this parable the Saviour is in the middle of responding to questions from the religious leaders about His authority. They are rejecting the authority of God. In the parable we see the most central questions we can ask ourselves: ‘What do we make of Jesus? What is He to you?’ Have you embraced Him or are you rejecting Him?

The owner sends his servants to the vineyard. Throughout the Old Testament servants were sent again and again, sent because God loves Israel, sent to remind them of God’s love but also warning them that if they continued to forget Him, disaster would happen. But then the servants of the Old Testament were killed, just as in this parable. The prophets were rejected, even Jesus, the last messenger of love. How could they treat the Son in this way?

Notice how kind the owner is. He could have destroyed the tenants but he is patient. He doesn’t reject them although they deserve to be rejected. He sent his servant after servant, then even his own son but the son if rejected (v. 42).  The world rejected Jesus, but Heaven accepted Him (Psalm 118). He is the cornerstone. King David knew what it was to be rejected by men – by his family and close friends but God accepted him. The stone the builder rejected became the cornerstone. Whatever your experiences are, remember your acceptance into heaven is all that matters. Jesus is our cornerstone, the capstone of our lives. Our lives must be built on Him. People reject Him today as an inconvenience. They love having religious representations on boards but don’t want to see the Bible. Jesus is either a stepping stone to God or a rock that you will stumble on.

In verse 43 we see the gift of the land is taken from the tenants and given to another. This would have been a shocking parable for the people to hear. Only the land owner has the right to take away the land. Israel arrogantly assumed the land and blessings would always be there – but they rejected the Son. Jesus says the kingdom will be taken away from the Jewish people who reject Christ. Not all who are descended from Israel are Israel. The tree is not exclusively Jewish, Gentiles are grafted in. If you reject Jesus you will be rejected eternally. All who trust in Christ, from whatever background, will be accepted into heaven.

Verses 44-46 show us that those who find Jesus a stumbling block will be crushed – a terrible crushing. Have you made this stone the cornerstone? Are you bearing fruit? He is in heaven and angels bow to Him. Those who love Jesus in this life will love Him forever. People who are interested in Christ may feel this is enough; it is good – but it is not enough. They must accept Jesus as Lord and Saviour. Don’t wait! Give your life to Jesus today. He must be your Lord and Saviour. Are you fit for heaven? What do you make of Jesus? Is He simply an inconvenience or is He your Saviour?

#TuesdayTruth 📖 John 1:1-5 There is so much darkness in the world right now and often we find ourselves looking for light. We must remember the darkness has not, and will not overcome the light of Jesus Christ. ✝️ = ❤ #john1v1to5 #Bible #Truth #Light #JesusIsKing #PenuelRoch #RochVillage #Pembrokeshire
You will recieve power when the Holy Spirit comes upon you... to the end of the earth. Acts 1:8 Bethlehem was God with us, Calvary was God for us and Pentecost is God in us. 🔥- Robert Baer. #Pentecost #HolySpirit #Acts #Calvary #PenuelRoch #Evangelical #RochVillage #Pembrokeshire
It's been great to catch-up with news and have a time of prayer 🙏 at our Ladies Zoom afternoon , 😎 lightening the lockdown mood, thanking God for His provision and bringing the needs of our fellowship before the throne of grace 😘
We've had an exciting Z👀m Kids meeting this afternoon, sharing salt dough faces we have all been painting with bright bold colours, noting how diverse they all are 🎨. We explored how we are all unique and wonderfully made by God (Psalm 39:14) 👲👧. After playing a game we had a time of prayer 🙏 and shared our news. Looking forward to starting a new project on Sunday 😊 #Psalm139v14 #PenuelRoch #RochVillage
#TuesdayTruth 📖 2 Timothy 1v7 #PenuelRoch
🎼🎵 Today's #MusicMonday is a 'declaration of hope, love and truth over our land' of Wales. A Prayer For Wales by @sowsoundofwales collective is a beautiful song and spoken word for our land - the land of revival and song. 🎶❤ 🙏 O make our Wales in your own image Lord. Head over to our Facebook page to listen 😊 #MusicMonday #SoundOfWales #PrayerForWales #PenuelRoch