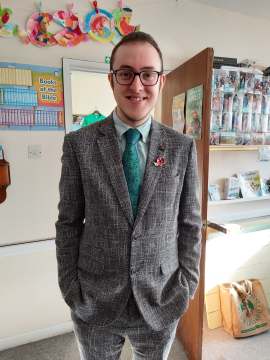 The philosopher Plato once asked what would happen if an absolutely perfect man would be born and lived in an imperfect world. He also had an answer to his question; our just man will be “thrown in prison, scoured and racked, has his eyes burned out and is finally impaled, presumably on a spear,” (Book II, Plato’s Rebublic). Plato wasn’t a Christian but he realised what a perfect man might encounter. 400 years after Plato was born, this perfect man would be born – Jesus Christ. Plato knew a perfect, holy person would not be welcome amongst us, he would be tortured and brutally killed.

We seem to be mesmerised by court cases. 100, 000,000 people watched the OJ Simson trial. We are obsessed with verdicts and sentences, yet the greatest trial of all time is barely given a murmur amongst people today. Why don’t we consider this trial today, non-Christians and Christians? Matthew 26 is a well-read passage but is over-looked in the build-up to the Crucifixion. Yet it is of immense significance.

The trial of Jesus was an illegal trial. According to Jewish law, the trial should not have taken place at night, which it did. Jesus was not given a formal charge. The high priest was not supposed to intervene. There was no defence or attorney. But there is one point Jewish leaders wanted to adhere to – witnesses to speak out against Jesus. The religious leaders were so desperate to have people to testify against Jesus they panicked. They tried their best to find who they could, as quickly as possible. The problem was the trial took place in the middle of the night. Eventually two witnesses were found (Matthew 26:60-61). As far as the judges and priests were concerned, the witnesses were good enough. Both witnesses said Jesus claimed He could destroy and rebuild the temple in three days, “But they found none, though many false witnesses came forward. At last two came forward and said, “This man said, ‘I am able to destroy the temple of God, and to rebuild it in three days.’” (Matthew 26:60-61).

Jesus’ phrase, ‘in three days,’ was used on a few occasion. The priests knew Jesus claimed to be the Messiah. In Jewish tradition someone’s soul left the body three days after they died. So Jesus was saying that He would rise again after three day, stating that He had power over death. The high priest saw this as blasphemy.

We are looking ultimately at different ways in which Jesus Christ stood in place of sinners.

Death is just more than closing our eyes on this earth. Sin causes separation between us and God. If we are not trusting in God we die physically and spiritually, experiencing God’s anger and just punishment. It is what Jesus experienced on the cross. Jesus and God were together from eternity, always equal. Then tearing separation happened. It was nothing of what Jesus did but all we have done. He takes the punishment. Sin crucified Jesus. Sin tortured Jesus. JC Ryle writes, “We drink the same cup that was drunk by our beloved Lord. But there is one great difference: at the worst, we only drink a few bitter drops; He drank the cup to the very dregs.”

If you trust in Christ, you will never have to endure separation from God. He loves you with an infinite and everlasting love.

The gospel of Mark says Jesus was blindfolded for this part. They slapped and spit on this man. Little did they know He was their Creator, Lord of heaven and Earth. He was pierced for our transgressions. We are healed but He was scourged. He was whipped. Horrendous! Severe! Every sin we have ever committed was whipped into His back. Millions blaspheme His name saying, ‘Jesus,’ ‘Christ’ in the middle of a conversation. Here He is bearing every one of our sins. Our sin tears His body apart. The torture was so bad Jesus seemed hardly human (Isaiah 52). It was terrifying. So great was His bearing of humanity’s sin, so we could wear a robe of righteousness. Every whip mark, every drop of blood, every grimace and cry was for your sin and mine. He stood in our place.

This shouldn’t just cause you to shrug your shoulders. All your fallen-ness and shame should cause you to weep. You need to repent. You must repent or you will be certainly lost in Hell.

Jesus’ trial is over. Jesus is coming back. Although He was sentenced to death He rose and He must be worshipped and glorified. When He comes again a new trial will begin. Your trial! Jesus will return as a Saviour and Lord – but only for some of us. For those who do not care that he died, He will be a righteous judge. Like He was silent, those who have rejected Him will be silent, standing in their own place, having nothing to say because of their sin and guilt. Now, there is no better time to repent. Jesus may return before we finish this sermon. What do you think of Jesus now? Is He fantastic news?

Jesus welcomes you. He stood in the place of sinners for a reason. What is your verdict of Jesus?  Are you going to sentence Him to death in the sense that you ignore Him? Or is your verdict He is the Saviour of the world, if you if you trust and believe?