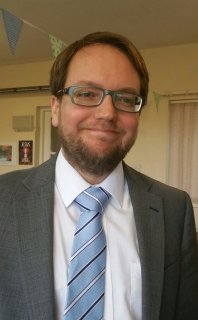 What are two men of outstanding reputation doing in a harlot’s house? Our Saviour also had an encounter with a woman of adultery, when she was presented before Him for stoning. Jesus, in a supposedly no-win situation was filled with grace and truth and dealt with this most difficult situation. Her accusers were not prepared for Jesus’ response, ‘He that is without sin among you, let him cast a stone at her.’ (John 8:7). Was our Saviour reminded of His great, great, great …. grandmother, Rahab – a most unlikely of women brought into the house of God?

The two spies went to a harlot’s house – a place they wouldn’t be expected at. Rahab was to give the spies two things: shelter and key information for their report to go home with. Rahab was not a gentle woman, she was a prostitute in a heathen land surrounded by godless men. How could anything good come from there? She had no husband, no children. Her request was for those of her father’s household; none of her family lived with her. But look at what the Lord had brought to her in His grace and mercy. He had done great things for the Hebrew people by His almighty hand. She has two representatives of the Lord in her house.

The Lord of the Church has granted to us to be ambassadors, just as the spies. Our great mission, our greatest privilege, is to bring the message of the greatest Saviour – the Saviour’s blood shed on the cross for us, to set us free. Tell others! What a privilege Rahab had to have the two of God’s men visit her. What a privilege Roch has to have Penuel here. The church is still existing, thriving, in this world.

Surrounding Rahab was a hostile environment. Jericho had stood for hundreds of years. It was thought ridiculous that it could fall. But nations rise and fall at the Almighty’s finger. Surrounded by her way of life, her walls, her culture, Rahab found God, ‘I know that the LORD has given you the land, and that the fear of you has fallen upon us, and that all the inhabitants of the land melt away before you.’ (Joshua 2:9). How could she have thought that? It is quite staggering. She states God is universal. How did she know? We’re not told. It’s 100% against her nature, her culture. She believes in a new God, one who is diametrically opposed to the gods of Jericho. She is not just changing her perspective, she is doing something way more profound – she is passing from the kingdom of darkness to the kingdom of Jesus. Faith is the pivotal thing which changes everything. Rahab didn’t perish, ‘By faith the harlot Rahab did not perish with those who did not believe, when she had received the spies with peace.’ (Hebrews 11:31).

‘And she said, “According to your words, so be it.” Then she sent them away, and they departed. And she tied a scarlet cord in the window.’ (Joshua 2:21). Rahab demonstrated her faith by her works. She didn’t go with the spies, she had to remain where she was after she declared her allegiance to God. She lived in Jericho. It was a dangerous time. The king of Jericho was setting himself up against God (verse 3). How many times in history have men done that? Rahab is the only person in the New Testament who is paralleled with Abraham, ‘Was not Abraham our father justified by works when he offered up his son Isaac on the altar? (James 2:21).

A person is justified by works, not faith alone. In James, Abraham had faith and it was demonstrated. Rahab had faith and it was demonstrated. Faith comes at a cost. We live in a world that stands against Biblical teaching in so many ways. Rahab stood alone in faith against the culture she lived in. How does our culture influence us? Daniel is another example of an Israelite living in a godless land. Rahab stood for the unseen against the seen. Her culture was materialistic, all about walls. But she tied the scarlet cord to the window the second the spies left. She was standing for Christ. Just as the scarlet blood of the lamb was painted on doorposts in Egypt. Trust in the unseen God. To be a member of the city of light requires faith. The oppressor of our souls is not our master anymore but he is not far away. Now he is our enemy. We will be attacked because we’re living in enemy territory. But Christ is our master, He is our Saviour. We must resist the enemy. Our identity is in the kingdom of light.

The New Testament is not embarrassed by Rahab. She is an ancestor of Christ.
Joshua tells us that Rahab lives in Israel to this day. She lived then as a citizen, now she is one of the Israelites. She married among the people, just as Ruth did.

In the Gospel of Matthew we read of the royal line of the Saviour (Matthew 1:4-6). Scripture is not ashamed of Rahab. In having been unfaithful to the creator, is not the whole human race a harlot?  Jesus Christ did not come from a sinless human line. We all need a Saviour. Even Mary needed a Saviour, ‘My spirit rejoices in God my Saviour.’ (Luke 1:47). All the men and women of the ancestral line of Jesus needed a Saviour. Rahab didn’t stand with the people of God as an unclean harlot, she was a harlot cleansed. Is she any worse than you and me? Not at all. With the little she had she believed against all the odds, against everything she knew, her culture. We have so much – testimonies, churches, books – and yet people still do not believe. We all deserve the terrible judgement of the walls crashing down on us. Jesus stood against the walls of Jericho, as judge. But He also stood mighty to save Rahab. We should ask God that we can stand fast. We’re thankful for the faith of Rahab. She proved her faith. It’s hazardous to trust in Jesus in an age like ours, but if we believe, even surrounded by threats from the evil one, we have the Lord with us.