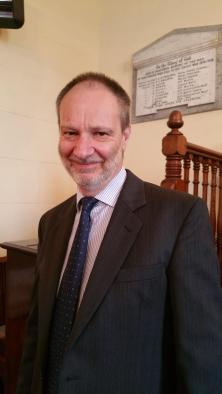 God is unchangeable. One of the names of God in the Old Testament is Yahweh. It speaks of the unchangeability of God. We vary from day to day, year to year. God is always the same. The temptation for us is to think of God in our terms. This is wrong. God is not a created being; He has always been. God cannot change. God is perfect (Psalm 50).

‘The counsel of the Lord stands forever, the plans of his heart to all generations’ (Psalm 33:11).

The following verses may seem to contradict what has just been stated:

‘And the Lord regretted that he had made man on the earth, and it grieved him to his heart.  So the Lord said, “I will blot out man whom I have created from the face of the land, man and animals and creeping things and birds of the heavens, for I am sorry that I have made them.”’ (Genesis 6:6-7).

‘The word of the Lord came to Samuel: “I regret that I have made Saul king, for he has turned back from following me and has not performed my commandments.” And Samuel was angry, and he cried to the Lord all night.’ (1 Samuel 15:10-11).

‘When God saw what they did, how they turned from their evil way, God relented of the disaster that he had said he would do to them, and he did not do it’ (Jonah 3:10)

These verses, and some others, imply that God has changed His mind about something. Are we to believe God made mistakes and changed His plans? No. These verses speak of God figuratively.

The Lord tells Samuel He regretted making Saul king, but we later read, ‘And also the Glory of Israel will not lie or have regret, for he is not a man, that he should have regret’ (1 Samuel 15:29). God is described as ‘regretting’ to make things clear to us, showing His displeasure in a ways we would understand.

God’s actions towards the Ninevites changes but His plans did not. If you’re a Christian there has been a change of action, but not a change of plan. God is unchangeable. His plans are unchangeable. ‘God is not man, that he should lie, or a son of man, that he should change his mind. Has he said, and will he not do it?  Or has he spoken, and will he not fulfill it? (Numbers 23:19).

God’s emotions are unchanging. Yet we read that our Lord Jesus Christ was moved to tears (Matthew 9), felt ‘righteous anger’ (John 2, Mark 3), and rejoiced (Luke 10). He was a ‘man of sorrows and acquainted with grief’ (Isaiah 53). Our Lord is God but He also became man. It is beyond our understanding. The passions He experienced refer to His humanity. As God, our Lord Jesus Christ was unchangeable. He became man for our sake and experienced joy and anger. His passions were pure. It is fundamental to our faith that God is unchanging. His character is one of complete stability. He is unmutable.

What does it mean to us? The Lord Jesus Christ is our great example as a man. There are things of God we are able to emulate, to copy, ‘For I am the Lord your God. Consecrate yourselves therefore, and be holy, for I am holy’ (Leviticus 11:44).

There are things we cannot copy, for example, being unchanging. We need to stand firm in faith, but no-where in the Bible does it say we are not to change. We are to become more holy because God is holy. We are to grow in grace. If you’re a Christian you’ve been through a major change and continue to change. We are not what we were but are on the move, to be conformed to the image of the Lord Jesus Christ.

When you read the Old Testament you read of prophets, sacrifices, circumcision. These seem very remote to us. We may also have trouble relating to characters. But the connection is not with characters but with God. We should relate to the entire Bible. It’s about God and His dealings with humanity. We have the same God and relationship as Abraham did. We are all saved by the same faith and stand on the same promises and have the same eternal life. Because God is unchanging we can absolutely rely on Him. Society changes, people change. People are inconsistent but God has perfect consistency.

Because God doesn’t change His standards don’t change. He gave the Ten Commandments 3,000 years ago. They still represent God’s standard and character. When God tells us what is good and bad it is true. Actions which offended God in the Old Testament are still the same actions which offend Him today. Actions which pleased Him then, still please Him today. He doesn’t need a sacrifice of two pigeons but a repentant heart (Psalm 51).

God will be our judge. You want consistency and fairness in a judge. His standard has always been perfection. We are guilty. However, we can rely on Him because He has a rescue plan. Salvation is always found in the Lord Jesus Christ, in His sacrifice at Calvary. If you’ve put your trust in Jesus Christ, that is guaranteed. God’s love is eternal, ‘I have loved you with an everlasting love; therefore I have continued my faithfulness to you’ (Jeremiah 31:3). This was spoken to Jeremiah 2,500 years ago, yet it still the same today.

‘For I the Lord do not change’ (Malachi 3). He is a covenant-keeping God, ‘The steadfast love of the Lord never ceases; his mercies never come to an end; they are new every morning; great is your faithfulness’ (Lamentations 3:22-23).

God wants us to live in His presence – that’s always been His plan. Nothing can prevent it, it’s His plan, ‘Then I saw a new heaven and a new earth, for the first heaven and the first earth had passed away, and the sea was no more. And I saw the holy city, new Jerusalem, coming down out of heaven from God, prepared as a bride adorned for her husband. And I heard a loud voice from the throne saying, “Behold, the dwelling place of God is with man. He will dwell with them, and they will be his people, and God himself will be with them as their God’ (Revelation 21:1-3).